Phase II ESA’s are usually required after a Phase I ESA predicts REC. The purpose of a Phase II investigation is to analyze through testing and sampling if the predicted contaminants exist. Phase II ESA’s are relatively more expensive than Phase I and take a longer time to complete. So, if you’re the buyer of the property, you want to be sure that your consultant is doing what is necessary and following proper CSA standards. However, it is important to note that each Phase II procedure is different because there are many varying factors. The process of a Phase II ESA is almost entirely dependent upon the findings from the Phase I ESA that was conducted for the respective site. Although, even the most basic Phase II requires collecting samples, lab testing, monitoring, and analysis. So, what are some common sampling methods used by geologists and engineers?

During the Phase I ESA, the engineering professional could have recognized stains on the surface of the property. Therefore, the Phase II ESA would revolve around collecting samples from the surface during field testing. Sometimes the purpose of a Phase II ESA could be to determine volatile organic compounds. Then, in addition to soil samples, soil gas samples should be collected.

Similar to surface soil, water samples would be collected during field testing from the surface. Water samples are required when the Phase I ESA predicts that there may be a sort of iridescent appearance on the water surface. The sheen is usually caused by petroleum leaks or some bacteria being present.

Although air samples are rare, they are usually associated with the indoor air quality of a structure. Hazardous substances can cause the circulating air to have serious health impacts on those who work or live inside the building. Therefore, air samples would be collected and compared to the standard quality required.

Depending on the history of the property, the Phase I ESA can suspect buried tanks and unmarked drums, which would be a cause for concern considering that their substances are unknown. With drums, simply sampling its contents would tell you the types of materials that are present and what the procedure to dispose of these materials will be. However, with buried tanks, the Phase I ESA could have found a random fill or vent pipe, which would indicate the presence of an oil tank below. Then, the geologist would use specific geophysical survey equipment to find the tank’s area and set up test pits to collect the subsurface soil samples.

Read Also: What is the next step if your Phase I Environmental Site Assessment has evidence of potential contamination?

Extremely old UST’s are almost always a problem. This is because the storage tanks were made of steel, which corrodes after a certain period of time. Corrosion would lead to the leakage of the tank’s contents that would eventually show up in the subsurface soil or groundwater. Usually, UST’s have rigorous guidelines that have to be followed even after the tank is abandoned. While researching the subject property, your Phase I consultant could have found insufficient maintenance records with the tank or leakage was reported, but no remediation had taken place yet. Then, the Phase I ESA would conclude potential REC’s so groundwater monitoring and soil sampling would be performed during the Phase II ESA. If a leak is found from the UST, remediation is absolutely necessary. Excavated tanks also pose similar threats.

The only way to monitor groundwater is to drill a monitoring well. The wells would have to be deep enough to match the depth of subsurface groundwater, and the samples would be collected for further testing. Groundwater sampling is usually required when the Phase I ESA predicts a leaking storage tank or past spills that haven’t been remediated. However, sometimes groundwater is contaminated by bacteria, sewage, or animal wastes. Either way, the consequences of groundwater contamination are serious, and it would have to be fixed to move forward.

Sometimes the soil samples need to be collected from the subsurface. Then, the geologist would have to drill through the surface in order to access the area of potential contaminants. This step is commonly conducted when the Phase I ESA predicts the release of hazardous substances due to an underground storage tank. The samples would be collected and either sent to an onsite or offsite testing facility for analysis.

Although the methods mentioned above are common, the Phase II process is at the discretion of the engineering profession and the findings of your Phase I ESA. Therefore, note that there are other sampling methods that have not been mentioned. Trust your consultant! 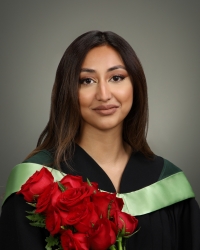 Project Coordinator-Environmentalist at prycoglobal
Pinaaz is a Chemical Engineering graduate who has years of experience conducting Environmental Site Assessments. She studied at University of Alberta and brings a fresh perspective on projects. Pinaaz has an impressive background in process analysis/design and is our lead Environmentalist.